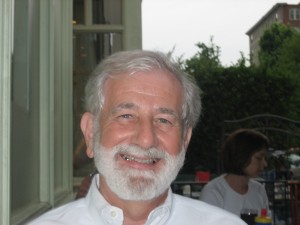 Kirke Harper is a retired Federal executive who worked directly for more than 20 political appointees over a thirty-year career. He held senior level positions in the Federal government in executive and management development, strategic planning, organizational analysis, human resources management, and organizational transformation. He was also chairman of the Public Employees Roundtable Advisory Board at the Partnership for Public Service, which sponsors Public Service Recognition Week, an annual national celebration of public service in America.

Kirke began his Federal career as a Management Intern at the Agency for International Development. He was a Budget Examiner and Management Analyst at the Bureau of the Budget and the Office of Management and Budget. He received his Bachelor of Arts degree in Russian Area Studies from Ohio State University and studied public and business administration as a Wolcott Fellow at George Washington University. He attended the Federal Executive Institute’s 7-week program, and he received the Presidential Meritorious Rank Award in 1991. Kirke was an officer in the U.S. Army during the Vietnam conflict. He was awarded the Bronze Star and the Vietnam Service Medal, First Class, for his service as an Intelligence Advisor.

← Back to Board of Directors Overview