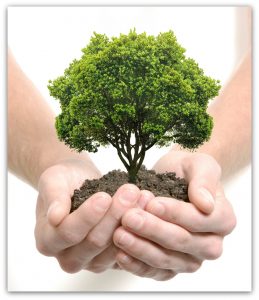 With a faculty of renowned subject-matter experts and public sector practitioners, our programs are designed for cross-agency learning and communication, providing a more holistic learning environment and impactful outcomes. Working with public sector leaders at the federal, state, and local levels as well as in public education, we teach sustainable leadership practices that:

Democracies flourish only when nurtured by healthy and competent civil service. Strong public institutions that positively affect the quality of our daily lives depend on excellent leadership at all levels. To facilitate the development of great leaders, the Public Sector Consortium’s system of learning includes Formal Learning Programs, a Community of Practice, Onsite Consulting, and Coaching Services.

To learn more about our Board of Directors Click Here

Current Updates for Your Consideration

The 50th Anniversary of Earth Day

This April we celebrate the 50th anniversary of the first Earth Day. Senator Gaylord Nelson of Wisconsin believed that we all share one earth, so we need to take care of it. He was disturbed that an issue as important as the health of our planet was not addressed in politics or by the media, so he created the first Earth Day, on April 22, 1970. 20 million people nationwide attended festivities that day. It was a truly astonishing grassroots explosion, leading eventually to national legislation such as the Clean Air Act, the Clean Water Act, Resource Conservation and Recovery Act, The Toxics Control Act, Clean Water Drinking Act, Insecticide, Fungicide & Rodenticide Act, Endangered Species Act and several others.

Fifty years later, despite all the efforts to protect and restore our environment, we find ourselves facing new national and international challenges that are the result of our collective human choices and their long-term impact.

During this time of quarantine, please take time to think about the changes you may want to make in your work life and family life to ensure the long-term health of the planet we all share.As public leaders, please look at the policies and decisions you and your community make regarding: land use and development, public works, public health, energy usage and all the other choices you make which effect the planet today and for generations to come.

There are many wonderful documentaries and books that you might watch with your families during this time of quarantine. This health crisis provides some of us with a rare time-out to think about the future we all want to create for ourselves and our families. We also acknowledge that many of our public leaders are working around the clock to keep us safe and we are very grateful for their service during this time of crisis.

PBS American Masters presents A Fierce Green Fire, the first big-picture documentary exploration of the environmental movement. It may be airing on PBS on April 22, 2020; watch for local listings. The documentary spans 50 years of grassroots and global activism from the 1960’s to 2009. This is not an easy documentary to find in its original full-length form, but large portions are on YouTube.

The film Before the Flood premiered at the Toronto International Film Festival in September 2016, and was released theatrically on October 21, before airing on the National Geographic Channel on October 30. As part of National Geographic’s commitment to covering climate change, the documentary was made widely available and free of charge on various platforms, including: YouTube, Amazon Prime, and Xfinity.

The Biggest Little Farm. Inspired by their pet dog, a Los Angeles couple raises the money to start an eight-year adventure of triumph and heartbreak in biodiverse farming. The couple is able to create a viable and sustainable farm that is eco-conscious.  This is considered one of the top documentaries of 2019. Available on various platforms, including: Amazon Prime, Xfinity on Demand, and Netflix (DVD).

Earth in the Balance was published by Al Gore, in June 1992, shortly before he was elected Vice President in 1992. Known by the short title Earth in the Balance, the book explains the world’s ecological predicament and describes a range of policies to deal with the most pressing problems. It includes a proposed “Global Marshall Plan” to address current ecological issues.

"The strong suit of the program is that the skills you and your staff pick up in a short time are impressive. Staff time is scarce, taxpayer dollars are scarce, but you put a team together and the staff picks up so many new skills and then puts them to work right away and a project that is important to your organization gets done; that happens with very few other trainings."
Mike Butler, Dedham Ma. Chairman, Dedham Board of Selectmen

Most of the leadership training I’ve attended in the past has been primarily with other educators, it was a strength of the program to have a mix of educators, municipal leaders and their teams, with that combination it provided a good cross section of problems faced in cities, towns and schools. Many of the problems we face are similar and we solve them together but there is a unique perspective from each place that you can learn from and that cross combination is really helpful. It forces you to look at issues from a different lens and gives you a well-rounded perspective.
Rosemarie Kraeger, Superintendent Middletown, RI Public Schools

"The most valuable training I have ever received. The value of the program has shaped the way I lead. I’ve taken management courses that are not as helpful as this one. I learned how to look at high leverage aspects of a problem and solve it. I also learned how to get a group of people with very different opinions about solutions to understand if we conquer this one high leverage thing it will impact the entire system, and possibly solve many of the problems. "
Jessica Tracy, Public Health Nurse, Health Department, Deadham, MA